Sorry, there are no times available for the selected criteria. 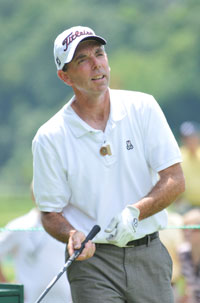 PGA Director of Instruction
The Golf Club at Redmond Ridge
PGA Member since 1987
Ranked in Golf Digest's Best Teachers in the State
Playing accomplishments include: